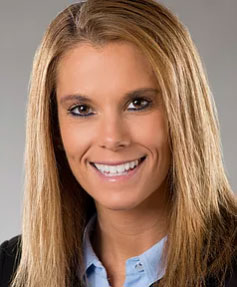 In 2003 Ms. Hilliard graduated from Appalachian School of Law and was admitted to practice law before the Supreme Court of Appeals of West Virginia and before the Federal District Court for the Southern District of West Virginia. She is also admitted to practice in the United States Fourth Circuit Court of Appeal. While in law school Ms. Hilliard was a member of Phi Alpha Delta legal fraternity and Who’s Who: American Law Students. She also received two Book Awards and earned a merit scholarship. During law school, Ms. Hilliard completed an externship with the United States Department of Justice in Washington D.C. and clerked for a law firm in northern Kentucky. Upon graduation, she spent two years as a judicial law clerk for the Honorable Charles E. King, Jr., Kanawha County Circuit Court Judge.

In 2016, Ms. Hilliard was inducted into and granted Fellowship into the American Academy of Matrimonial Lawyers (“AAML”). The AAML was founded in 1962 and is made up of highly skilled family law litigators and negotiators. There are currently more than 1650 Fellows in the 50 states; however, West Virginia only has four members, with one of those four members being a judge. According to the AAML website, Fellows across the United States are recognized by judges and attorneys as preeminent family law practitioners with a high level of knowledge, skill and integrity.

Allyson has coached JV volleyball for Charleston Catholic High School. In 2008/2009 Ms. Hilliard was a finalist to become a Federal Agent with the Federal Bureau of Investigations, but decided that being a family law attorney was a better fit. In the spring of 2014 the Bureau reached out to her, again, seeking her admission. In her spare time Ms. Hilliard runs marathons. She has completed at least 35. Her goal is to finish a marathon in all 50 states. Ms. Hilliard is a member of the 50 States Marathon Club and Marathon Maniacs. Allyson resides in Putnam County with her husband, David W. Epperly, MBA, CPA, ABV, CFF, CVA.